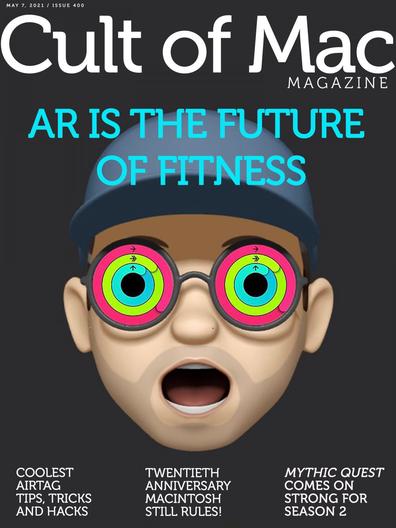 If you suppose Apple Watch makes exercises enjoyable and environment friendly, wait until Apple’s mixed-reality glasses land in your face. Graham Bower outlines how and why augmented reality will take fitness to the next level in Cult of Mac Magazine‘s cowl story this week. It all sounds fairly unbelievable — and but additionally fairly attainable.

Also this week, we’ve acquired loads of recent Apple rumors, plus a trove of tantalizing tidbits gleaned from insider emails that got here to gentle in the course of the Epic Games v. Apple trial that’s at the moment unfolding.

And for those who haven’t watched Mythic Quest or The Mosquito Coast but, it’s time to begin streaming. It seems to be like Apple TV+ has a pair extra winners on its palms.